This Pit Is Bringing KC-Style Barbecue To The West Coast 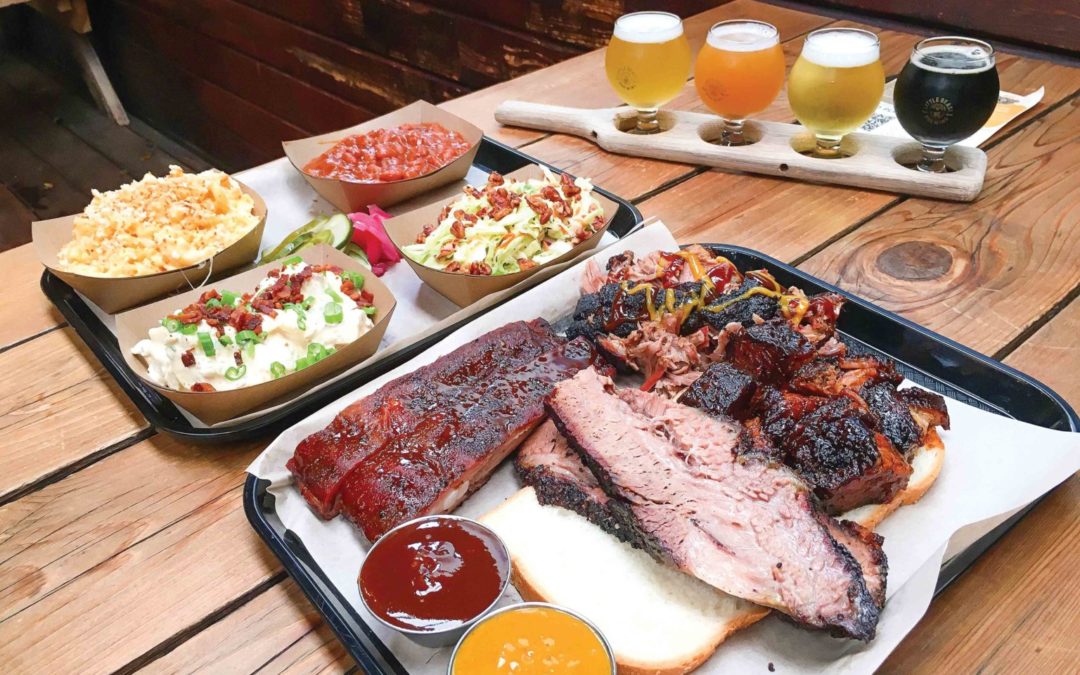 After relocating from Kansas City to Oregon a decade ago, it took Kevin Koch years to find a barbecue joint with burnt ends and ribs like the ones he grew up eating. Now that he has his own Kansas City-style barbecue pit at a brewery in the heart of Portland, he’s learned he wasn’t alone.

“I put my personal phone number on my website,” he says, “and people from other states were calling me to thank me. They’ve been looking for this and they’re over the moon about finding it.”

For most of his time in the northwest, Koch patronized Campbell’s BBQ. On his daughter’s second birthday, he planned to bring her there to give her a taste of their family roots only to learn the pit would be demolished to make room for a marijuana store—a familiar refrain in Portland.

That began years of online research, tutorials and cookouts. He opened Lawless Barbecue as a ghost kitchen in early 2021 and quickly built a fervent following. In late October, Koch took helm of the kitchen at Little Beast Brewing. In the West Coast foodie mecca, where a half-dozen spots boast “Texas-style” barbecue, Koch is the first to fly the flag of his native land.

When you say you’re making Kansas City-style barbecue, what does that mean to you? For me, it’s many things. It’s a flavor profile. It’s specific items made commonly in restaurants in Kansas City. It’s a barbecue sauce. Some other barbecue regions frown on that sauce or on using barbecue sauce at all, but I love it. It pairs so well with ribs. And Kansas City is big on brisket burnt ends, and that’s something I’m serving that’s not common in Portland. Growing up, going to barbecue places, there were all those sides I loved and I was missing when I came here—things like barbecue beans that have more of a sweet flavor profile than Texas-style, where they use a chili powder. Potato salad being a mayo-mustard base—I load mine with bacon and sour cream.

What are some of your favorite barbecue restaurants back home? Well, I’ve been gone thirteen years, so that’s tough. Gates is a big one back there, and Arthur Bryant’s is huge—it’s very renowned. I would go there semi-regularly when I could. When I was living there, every time I moved to a new part of Kansas City, I found my new favorite barbecue place around the corner.

Do you feel like the world is getting bored with Texas-style and now more willing to embrace other techniques and flavors? I’m just a barbecue addict, so I still go to Texas-style places. I want to bring another style of barbecue to a town that I live in where I haven’t been finding it.

Did you grow up barbecuing? No, but I grew up going to places with my family in Kansas. We used to have a tradition: Every Sunday, my dad and my brother and I would go to a place in Topeka called the Pizza Parlor. Funny enough, they serve beef ribs, and we always each got a plate. That might’ve been what hooked me.

When did you start teaching yourself to make Kansas City-style barbecue? Around five years ago. I was managing restaurants, and on my time off, I started collecting smokers and learning how to use them. I started out with a base model, and then when I got to a skill set, I outgrew that and got the more expensive, better model. That really coincided with the show BBQ Pitmasters—I think that really woke a lot of people up to their interest in cooking.

How do you make your burnt ends? I smoke Texas-style Prime Angus brisket for thirteen hours with oak logs. When that’s done and rested for several hours, I’ll cut up the point end, which is the thicker part of the brisket, into cubes, and then I’ll caramelize that with Kansas City sweet barbecue sauce. Usually, when I put out a tray of barbecue for someone, they end up pointing at that and saying, “That’s my favorite.”